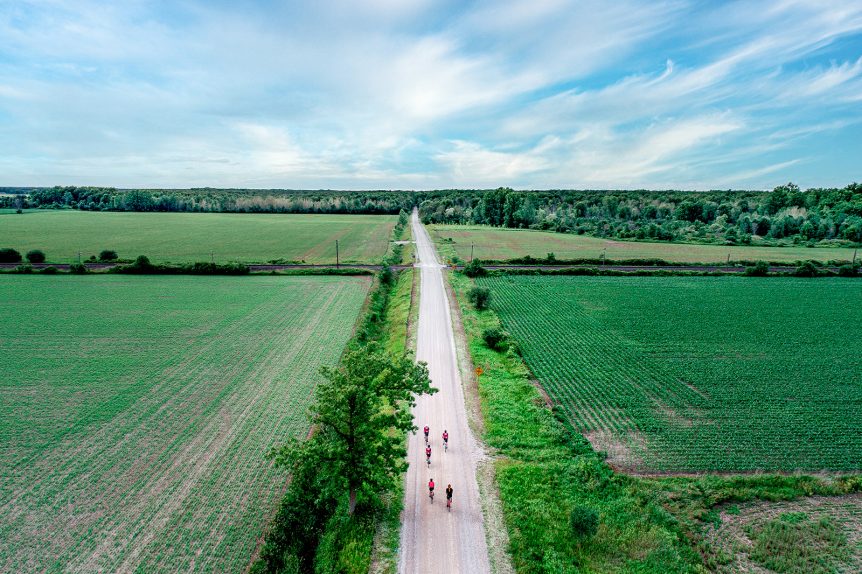 It’s what we all felt when our parents finally let go of the back of our saddles as we pedalled furiously for the first time. It’s what has drawn many of us back to the bike as grown-ups.

I don’t remember the day when my training wheels came off, but I do have fond memories of racing my friends around the paths of our townhouse complex. I recall riding to the corner store to spend my allowance on chocolate bars and baseball cards. I remember sticking those same cards in my spokes to make my bike sound like a motorcycle, then zooming off rickety ramps like Evel Knievel.

As I got older, my pals and I would spend entire summer days on our bikes – riding from one neighbourhood to another, bombing through forested tracks onto the bike paths that run along the river – exploring, laughing, fueling ourselves with milkshakes and burgers and french fries – then returning home for dinner before heading out again to chase the sun down.

I don’t know who said it first, but I’ve repeated it too many times to count: You give a kid a bike and you give that kid freedom.

Fast-forward a few decades. The one bike I have is beat-up mountain bike I’ve converted for the occasional commute to the office. Then, my brother-in-law asks me to join him in the inaugural Ride to Conquer Cancer. The road bike I borrow from a friend breaks down – and neither of us wants to pay for the repair. Suddenly, I’m the owner of the sweetest road bike I’ve ever owned and I have a mission to complete back-t0-back 100 kilometre-long rides from Toronto to Niagara Falls.

I start out training for my “epic ride” by circumnavigating the city. I pedal through more neighbourhoods than I ever did as a kid. Eventually, I head north out of the city – riding through whatever Mother Nature throws at me. After all, I’m riding in honour of my late father-in-law and   my friends and colleagues to donate $4000 – $1000 toward a cancer-free future for each of my four daughters. As I pedal, I think of my sister’s battle with breast cancer and the stories in the Princess Margaret Hospital’s emails. Stories of pain and loss, of inspiration and recovery.

It’s a mission more than pastime.

The Ride comes and goes. Tears are shed. Celebratory hugs and kisses given to all as we cross the finish line. For many, it’s the end of an adventure.

For me, however, it’s just the start. I discover that the shop where I bought my bike has a cycling club and after getting dropped a number of times, I manage a consistent effort that keeps me with the group most nights.

It’s not the physical challenge that keeps me coming out. Though I make some good friends, it’s not the social aspect either. It’s the rhythm of the ride. The distraction. The escape from the growing collection of responsibilities I have taken on – as dad, husband, boss, coach, board member and even as captain of my slo-pitch softball team!

On a those early club rides, I fulfill none of those roles. I’m just another guy out for a ride, another cyclist trying to hang on to the wheel in front of me. One night about three years in, I get dropped and it occurs to me I don’t know exactly where I am or which way to turn at the next light. (I actually go straight, only to find myself in a commercial/industrial wasteland.)

After three years of riding the same route with the same group, I still don’t know how to get home! It’s a welcome revelation. In every other aspect of my life, I’m expected to lead. On the bike, though, I get to follow and for many years, that’s a welcome relief.

Here’s the thing: the pressures of work and career, of caring for our kids (and for many, our parents) – they take a toll. Then, we swing a leg over our bike and stroke-by-stroke, we leave those behind – for an hour, a day, or if we can manage it, for a weekend. Even better are the days when the roads are quiet, the route is new and – just like when we were kids – the only thing that matters is that we’re home in time for dinner.

Former pro cyclist @philgaimon posted recently “The less time that you have for a bike ride, the more you need one.”

I agree wholeheartedly – or as I like to say:
FREE your legs and YOUR MIND will follow.